Home » Company News » On the hunt for Rusty

On the hunt for Rusty

The Minnesota State bird is the common loon, the state flower is the showy lady slipper, the state butterfly is the monarch, and of course the walleye is our state fish.  Good news fellow Minnesotans, we now have a state bee! The rusty patched bumblebee (Bombus affinis) officially became the state bee this spring, and with that designation came more attention and effort to protect this species. A couple of years prior, in 2017, the rusty patched was the first bee species in the US to be placed on the federal endangered species list. 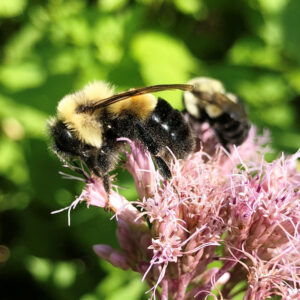 Although they are fairly uncommon in the metro area, Natural Shore staff has discovered several rusty patched bumblebees in the restorations we manage. This is always a thrill for our staff, and it really emphasizes the importance of native plant patches, even ones that are modest in size and located in residential settings. While our snow blanket is pretty thick out there, we thought it would be fun to warm up, think green, and share a bit more about this fascinating creature.

Rusty patched bumblebees used to be widespread throughout the Eastern United States, but have lost an estimated 90% of its range.  There are many theories as to what has caused the severe decline in the rusty patched population. Right now, experts suspect it’s a combination of multiple stressors including habitat degradation, pesticide use, and disease.

Pollinator education has really hit the mainstream press over the last few years, and this is really encouraging to see. Hopefully, with the state bee designation, more effort will be placed on preserving the rusty patched and other pollinator species in Minnesota. 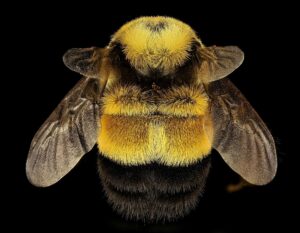 OK, so what can we do to help rusty patched bumblebees? Just like other bee species, they need blooming flowers throughout the growing season for pollen and nectar.  It is important to provide a variety of plants that bloom in the spring, summer, and even into the fall. The U.S. Fish and Wildlife Service recommends introducing these plant species that rusty patched bumble bees seem to favor: Anise Hyssop, White Prairie Clover, Purple Prairie Clover, Joe-pye weed, Echinacea species, Bergamot, New England Aster, Showy goldenrod, and leadplant. The native plant species listed above provide amino acids or immune building substances that are important for bumblebee health. 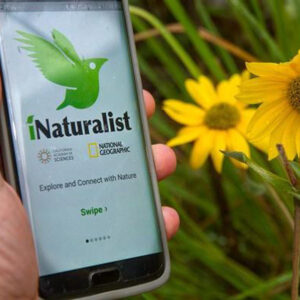 y patched bumblebees are fairly large compared to other bumblebees. They live in colonies made up of a queen and her worker daughters. The queen produces new queens and males in late summer. This time of year, the queens that were born in late summer and fall are hibernating a few inches underground in loose soil.

So how did our state bee get its name? Well, this bee species has a small patch of rusty colored hair on the second segment of their abdomen. They also have a thumbtack shaped black area between their wings, and a black head.   There are several other bumblebees that look very similar to rusty patched bumblebees, so identification takes time and practice! Luckily there are some great resources to help you out.

Think you have a rusty patched in your native plant restoration area? Take some pictures and confirm with experts using phone apps like iNaturalist or Bumblebee Watch.  Share these exciting images online and with your neighbors to spread the word to others.

Nature lovers, restoration enthusiasts, and conservation-minded folks will love to know that, with the right habitat, they have a really good chance of attracting the state bee to their homes as well! Natural habitat is the key. Plant diversity supports insect live, and with quality natural areas comes the possibility of observing our endangered state bee.

If you would like to learn more about our experience with the rusty patched and the restoration areas that attract this endangered species, feel free to give our staff a call. We are here to help guide you through the restoration process and share our practical knowledge.