The acronym “EAB” is being thrown around a lot lately by the mainstream media. We learned that: ‘EAB Discovered in Southern MN’s Steele County’, ‘Crews Begin Removing 168 Trees Infected by EAB Along I-94 in St. Paul’, ‘St. Louis Park Receives Grant to Combat EAB’, ‘If they’re not in your backyard, they will be soon’. It can be tough to keep track of all the new acronyms being used these days, but don’t fret, we can help with this one.

EAB, short for the emerald ash borer, is an invasive, non-native beetle (Agrilus planipennis) from north-eastern Asia. It is responsible for the death of millions of ash trees throughout the eastern half of the US. At this time EAB threatens nearly 1 billion ash trees in Minnesota as it has slowly spread to the Midwest. 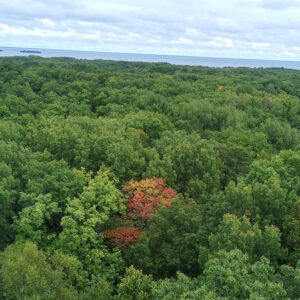 One billion ash trees sure sounds like a lot, but aren’t there many other tree species out there that will remain? Why should I care? The story of EAB is similar to what we experienced with Dutch Elm Disease (DED), which wiped out millions of elm trees in Minnesota. During the 50s and 60s, elms were a favored boulevard tree species used in the Twin Cities. This had to do with their quick growth rate, large size at maturity, and shade production. The carnage began in the 1970s. With so many city streets lined with large elm trees, DED was able to move quickly through the city, wiping out entire blocks of trees.

The urban forest was dominated by elms, and this allowed the disease to spread very quickly. Had there been a broader mix of tree species, the disease would not have had such a devastating impact. Increased tree diversity, even in an urban setting, really makes sense. A diverse tree community provides resilience to potentially devastating pests. It also benefits neighborhoods by delivering some pretty valuable ecosystem services, such as temperature regulation, pollutant reduction, sequestering carbon, filtering rainwater, and providing habitat for a wide host of animals and beneficial insects.

Unfortunately, when the elms were being replaced, the scales sort of tilted towards the green ash. Why? Because it is a very fast growing tree, with a large size at maturity, providing generous amounts of shade. So we had an excellent opportunity to really increase tree diversity, but instead, were seduced by another species that showed quick results. So now we are sort of in a similar situation with the EAB, exceedingly large expanses of green ash in the Twin Cities are just waiting to be assaulted by this formidable pest. 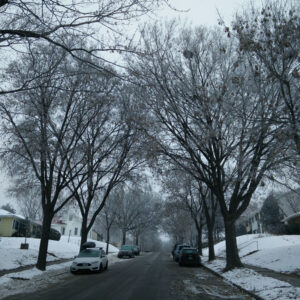 In response to EAB, forestry departments are preemptively removing ash trees to prevent the danger and liability of large stands of dead trees. This makes sense. We are also seeing that planting plans include a greater variety of tree species used in a more random pattern. Back in the day, the city of Minneapolis used to plant trees by the block. For instance, an entire city block was all green ash and the next block might be all hackberry. Tree diversity was lacking. Now Minneapolis is mixing tree species in a more random fashion to prevent a single pest or disease from wiping out an entire block’s trees. This is really great to see – we are making progress.

So what can you do to help slow and limit the spread of EAB? First, learn how to identify ash trees in your landscape, and then look for signs of stress and EAB damage. Your local city forester may want to hear if you think you have discovered EAB on your property. Local city or county resources may be available to assist with identification. If you have a considerable number of ash, you may want to develop a more of a formal plan. 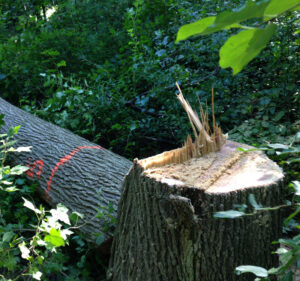 The most common ash tree in the Twin Cities is the green ash, recognizable by its compound leaves with 5-9 leaflets (usually 7), opposite branching, leaf scars semicircular to flat across the top, and distinct diamond pattern in the mature bark. If you are located in an area with a good number of trees, it is highly likely you have at least one or more ash trees growing in your landscape. They tend to germinate easily in a variety of conditions.

Unfortunately, with new infestations, it’s often difficult to tell if an ash tree is infected. Symptoms become more apparent as time goes on. In many cases, when the signs and symptoms of an EAB infestation become overly apparent, the tree has been infested for several years. Signs of an EAB infestation included crown dieback, S-shaped galleries below the bark, woodpecker flecking on bark, D-shaped exit holes, and sprouts near the base of the tree. However, these symptoms alone can be misleading. For example, there are many native boring insects that create galleries below the bark and trees often produce sprouts near its base when it is stressed or has lost part of its canopy. It is best to consult a certified arborist to determine if your tree is infested. 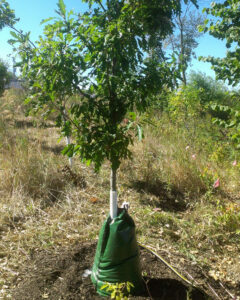 If I have a healthy ash tree, am I good or am I still doomed? Unfortunately, forest managers have for the most part accepted that we will lose majority of our ash trees in the Twin Cities. That leaves us with limited options: remove and replace, or try to treat with pesticides. The longer an ash tree is infested, the more dangerous it becomes, and the more expensive to have it removed. Thus, a preemptive strike may make sense for you. Pesticide treatment has shown promise in saving ash trees, however, the trees do not build up resistance. They are in a sense chemically dependent and must be treated on a regular basis. Over time, this can become costly.

According to an old Chinese proverb, “the best time to plant a tree was 20 years ago, the second best time is now”. We can definitely look at this situation and conclude that more plant diversity is better. This can be applied to trees, but also shrubs and ground layer species as well. So when you have the time, look at your property and think about ways to increase the plant diversity. Maybe this year, you go after the ash. And then next year, you consider adding a native shrub patch or a diverse stand prairie or shoreline. We can definitely learn from the EAB situation and continue to make our landscapes more resilient and ecologically valuable.